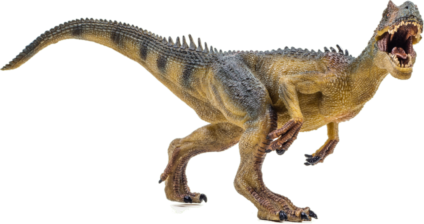 Ruairi is four and just loves dinosaurs. They go everywhere with him, to the shops, in the bath and when he’s tucked up in bed.

To support Ruairi's development, his centre, Busy Bees Coventry Allesley Green, decided to use his love of dinosaurs to plan amazing experiences that were not only fun for Ruairi but combined a number of areas he needed extra encouragement with.

Centre Director Jill said; “Everyone knew Ruairi and dinosaurs came in hand-in-hand. It’s almost like his own little world is set 65 million years ago! So, it was all about finding a way we could use his passion to support him and bring that world to life.

“Studies have shown that young children tend to develop an ‘intense interest’ at some point and dinosaurs happen to be right near the top of that list. So, we decided to use UP to centre Ruairi’s learning around dinosaurs to help him find his roar.”

“UP provided us with a new way to plan activities. It was so easy for us to find simple but effective activities and through these experiences over the course of eight months, it really enhanced Ruairi’s learning. He had so much fun and his key person saw great progress in many areas of his development.

“His confidence is the most noticeable improvement though. If Ruairi is in the room, you’ll know he is there and his love for dinosaurs to this day still hasn’t waned. It’s great to see how far he has come.”

“Ruairi started to take a keen interest in dinosaurs and the nursery have incorporated them into daily activities which have really helped in areas of his development such as speech, confidence and concentration. Tailoring his learning onto something that he is so passionate about has encouraged his learning in many ways and undoubtably helped with a slight speech delay, as he suddenly had something he really wanted to talk about.” Ruairi's Mum

UP provides essential guidance, resources and information on how to deliver effective learning experiences for your children. There is something on UP for everyone; why not download UP and see what amazing experiences you will find for your family?

UP provides our educators with a wealth of quality learning experiences and essential guidance. UP pushes the boundaries to deliver even better learning outcomes, giving Busy Bees children the very best start in life. There is something on UP for all educators; download UP and see how this can enhance your practice today!

the home of amazing experiences

Take a tour of UP to find out how you can unleash your potential.